There are many ways to treat and manage the symptoms of ADHD. The best treatment plans are individualized and involve a combination of parenting education, therapies, direct teaching of lagging skills, a well-balanced diet, and lastly supplements or medications.

ADHD medication is not necessarily the answer to all your problems. Many children with ADHD can successfully manage their symptoms without it. However, many can not.

Parents and doctors should work together closely to form a treatment plan for ADHD. Medication should not be the only form of intervention to manage symptoms.

This article provides generalized information about different types of ADHD medications for kids and how they work. However, it’s important to always discuss and make decisions about medications with your child’s doctor.

How Do ADHD Medications Work

The most commonly used type of ADHD medication is stimulants. Depending on the specific stimulant medication, it works in either one of two ways.

Stimulants that work as dopamine reuptake inhibitors slow down our body’s process of absorbing or breaking down dopamine, so the effect is there is more present. Either way, the goal of ADHD medication is to increase dopamine levels in the brain.

Dopamine is a neurotransmitter. Its job is to transmit messages from one part of the brain to another. Dopamine also helps us control our emotions and motivation to work towards a reward because it is used to activate our reward pathway.

ADHD is linked to dopamine deficiency.

By the way, our body’s use omega-3 fatty acids to produce dopamine. One high source of omega-3s is fish, which is why they call fish “brain food”. It may help your child to take a high-quality omega-3 supplement because it’s an important ingredient the brain needs to produce dopamine in the first place.

If your child’s diet doesn’t contain all the necessary ingredients to produce dopamine, their medication won’t work to its full potential.

Adderall contains a combination of amphetamine and dextroamphetamine. These are both types of stimulants. Learn about Adderall, including side effects, interactions, and other important information here.

Ritalin and Concerta are stimulant medications, called methylphenidate and it works similarly to amphetamines. Ritalin, as well as other methylphenidate capsules, may be extended-release, or immediate release. Learn about Ritalin, including side effects, interactions and other important information here.

Daytrana is a skin patch that contains the stimulant methylphenidate. The effects of this patch can take up to two hours to become noticeable and can be worn for 9 hours per day. Learn more about Daytrana, including side effects, interactions, and other important information here.

Dexedrine contains the stimulant dextroamphetamine, which is an isomer of amphetamine (the stimulant used in Adderall). Isomer means it has the same formula, but a different arrangement of atoms in the molecule. Learn more here.

Vyvanse contains the stimulant lisdexamfetamine. It is what is known as a prodrug. This means it's an inactive compound but when it is metabolized by the body, it produces a drug - in the case of Vyvanse, it produces dextroamphetamine, the stimulant in Dexedrine. Learn more here.

Strattera is a non-stimulant medication for ADHD that contains atomoxetine. It is a Norepinephrine Reuptake Inhibitor. Norepinephrine is a stress hormone and neurotransmitter that helps the brain focus. Learn about Strattera, including side effects, interactions, and other important information here.

Kapvay is a non-stimulant medication that contains clonidine. It works by blocking the release of various stress hormone to reduce hyperactivity. It's also used to treat hypertension. Unlike stimulant medications, Kapvay is not a controlled substance meaning there is no risk of dependency. Learn more about Kapvay here.

Intuniv contains the drug guanfacine, which is a non-stimulant medication used to lower blood pressure. It helps children with ADHD similarly to how Kapvay works. Learn more here.

Viloxazine is a Norepinephrine Reuptake Inhibitor, sold under the brand Qelbree. It is a non-stimulant medication that was approved by the FDA on April 2, 2021. However, the medication has been used in the United Kingdom to treat depression since the 1970s and is generally considered safe and well-tolerated. Learn more here.

If you’re looking for other ways to help your child manage their ADHD symptoms you may find the following articles to contain helpful information:

The Sensory Checklist & Sensory Diet Activities
← Previous
Feelings Chart for Kids: "I Am Feeling..."
Next →
Click here to cancel reply.

How Do Omega-3 Supplements Benefit Kids With ADHD · 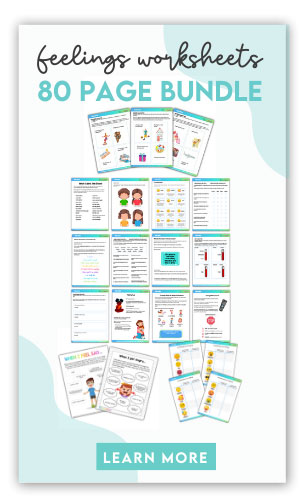